(Much of this is summarized from Imaginative Writing by Janet Burroway).

So let’s focus in on a key difference between what might be called historical-text-book texts, and memoir.

If I say: ‘Not everything that appears to be valuable is actually valuable,’ then you will understand me in a general kind of way, but perhaps feel I am overstating the obvious, and possibly being a little preachy.

However, if I say: ‘All that glistens is not gold,’ then you will literally ‘see’ a picture in your mind. In fact your mind might even attempt to conjure up an example of something that ‘glistens’ but is not ‘gold.’

All creative writing attempts to work by conjuring up pictures in the mind of the reader or listener. If your language is full of things that can be seen, heard, tasted, smelt, and touched––then you will create worlds that your reader can enter.

Here is the opening of Winston Churchill’s history of World War Two:

After the end of the World War of 1914 there was a deep conviction and almost universal hope that peace would reign in the world. This heart’s desire of the peoples could easily have been gained by steadfastness and righteous convictions and by reasonable common sense and prudence.
The phrase ‘The war to end war’ was on every lip, and measures had been taken to turn the desire into reality…

Pretty heavy going (in my opinion). You would probably only read if it was required for a history class.

If you wanted to know about the beginning of World War Two you might prefer this account by a French Airman before the fall of France:

And like a court sentence the words ring out in the quiet schoolroom:
“Captain de Saint-Exupéry and Lieutenant Dutertre report to the major!”
Schooldays are over. Life has begun. . . .
The fact that we had been sent for meant that we were to be ordered out on a sortie. We had reached the last days of May, 1940, a time of full retreat, of full disaster. Crew after crew was being offered up as a sacrifice. It was as if you dashed glassfuls of water into a forest fire in the hope of putting it out.

Night, the beloved. Night, when words fade and things come alive. When the destructive analysis of day is done, and all that is truly important becomes whole and sound again. When man reassembles his fragmentary self and grows with the calm of a tree…

I longed for night and the rebirth in me of the being that merits love.
And as I sat there longing for night, I was for the moment like a Christian abandoned by grace. I was about to do my job with Dutertre honorably, that was certain. But to do it as one honors ancient rites when they have no longer any significance. When the god that lived in them has withdrawn from them. I should wait for night, I said to myself; and if I was still alive I would walk alone on the highway that runs through our village. Alone and safely isolated in my beloved solitude. So that I might discover why it is I ought to die.

No single event can awaken within us a stranger totally unknown to us. To live is to be slowly born. It would be a bit too easy if we could go about borrowing ready-made souls.

Which does not prevent this from being a funny war — aside from the spiritual reality that made it necessary. A funny war! I was never ashamed of this label. Hardly had we declared war when, being in no state to take the offensive, we began to look forward to our annihilation. Here it is.
We set up our haycocks against their tanks; and the haycocks turned out useless for defense. This day, as I fly to Arras, the annihilation has been consummated. There is no longer an army, there is no liaison, no materiel, and there are no reserves.
Nevertheless I carry on as solemnly as if this were war. I dive towards the German army at five hundred miles an hour. Why? I know! To frighten the Germans. To make them evacuate France. For since the intelligence I may bring back will be useless, this sortie can have no other purpose.

Each burst of a machine gun or a rapid-fire cannon shot forth hundreds of these phosphorescent bullets that followed one another like the beads of a rosary. A thousand elastic rosaries strung themselves out towards the plane, drew themselves out to the breaking point, and burst at our height. When, missing us, the string went off at a tangent, its speed was dizzying. The bullets were transformed into lightning. And I flew drowned in a crop of trajectories as golden as stalks of wheat. I flew at the center of a thicket of lance strokes. I flew threatened by a vast and dizzying flutter of knitting needles. All the plain was now bound to me, woven and wound round me, a coruscating web of golden wire.

I had been looking on at a carnival of light. The ceiling had risen little by little and I had been unaware of an intervening space between the clouds and me. I had been zigzagging along a line of flight dotted by ground batteries. Their tracer bullets had been spraying the air with wheat-colored shafts of light. I had forgotten that at the top of their flight the shells of those batteries must burst. And now, raising my head, I saw around and before me those rivets of smoke and steel driven into the sky in the pattern of towering pyramids.
I was quite aware that those rivets were no sooner driven than all danger went out of them, that each of those puffs possessed the power of life and death only for a fraction of a second. 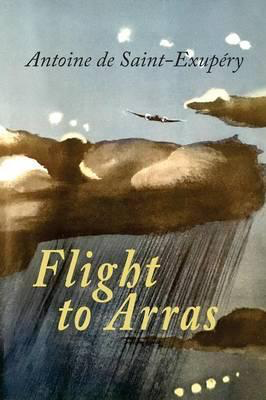 We are hooked. If you had picked up this book in a store you would keep reading––perhaps even buy the book. The author is, of course, the wonderful Antoine de Sainte-Exupery, who achieved fame after he wrote the Little Prince. In spite of being in his forties Sainte-Exupery served as a pilot in WW2, and was killed. These quotes are from Flight to Arras, from An Airman’s Odyessy.

It’s no accident the words image and imagination have the same root (Latin: imago: a picture or a portrayal), because what all imaginative writing has in common is that it calls up pictures in the mind.

Any kind of writing: reports, treatises, theories, instructions, may be enlivened by the use of examples.

However the kind of writing we group under the heading of imaginative writing––poetry, memoir, fiction, screen-plays, lyrics, exist fundamentally as re-presentations.

They portray people places, and objects as if actually present.

Any particular piece of imaginative writing may––or may not—be “imaginary” in the sense of being made-up.

It may or may not have its origins in real people or what really happened.

Nevertheless all imaginative writing works by calling up sense impressions in the readers’ minds.

Readers see, hear, smell, taste, and feel the scene by responding though their imaginations.

Painters make use of sight and light to convey their images.

A painting can’t convey its imagery in a darkened room, any more than a falcon can hunt in the night sky.

Musicians rely on our ability to hear, in the way an owl listens for a mouse in a hayloft.

Textile designers use texture, and dancers use movement.

As writers our problem is that we have to convey our ideas through the abstract medium of words.

Writing becomes an art form when we surrender ourselves to the world of images.

An image is a word or series of words that evokes one of the senses.

If you can GROK this fact (GROK means to understand intuitively––in the gut. It’s a real word), then you can be a creative writer.

Look at some of these examples (see: examples: illustrations of my point)

A thought without an image:

It is best to consider consequences before proceeding.

A thought with an image:

Look before you leap.

A thought without an image:

The verses I am writing have no vitality; they are unattractive and stale.

The same thought with images:

Though they have a piggy and a fishy air…

We might refer to writing without imagery as flat writing.

Abstractions are the names of ideas or or concepts that cannot be experienced directly through our senses, such as: Intelligence, criticism, love, and anger.

Generalizations can only be vaguely visualized as there are too many potential examples, such as: animal, kitchen equipment, something.

Judgements try to tell us what to think about something instead of showing it, such as: beautiful, unattractive, insidious.

Information is taken in through the five senses and processed through the limbic system in the brain, this in turn generates physical responses in the body, affecting heart-rate, breathing, muscular reactions.

Emotional response consists of these reactions, so in order to write emotionally we have to get into the limbic system of the reader.

When we watch a movie our limbic system is activated directly through what we see happening on the screen (and very much what we hear––it has often been said that we hear a movie).

The problem for the writer is that all that is literally seen by the reader are the sequences of little black and white symbols on the page (letters).

The symbols must be translated by the readers brain, first into language, and then into ideas and images.

Write a memoir piece centered around a building, room or architectural structure you care about. Choose a building that still exists, and ideally one that you could revisit.

Place yourself and other characters into a scene using the building––or part of it––as a backdrop to the dialogue and actions of real events you can remember.

Reconstruct the scene(s) as faithfully as you can.

The second step of this exercise would be to revisit the building.

Does revisiting the setting help with remembering the events that took place there.

How accurately can you remember the building itself. Does it now seem smaller? Or different in some other way?

You could perhaps even contact one of the other people who witnessed the events you’re writing about.