Cardinal Rules When Writing for Children:

1: Don’t talk down to children.

Children are every bit as intelligent as adults. They may know less, they may be less sophisticated, and they may be interested in very different things to adults, but that does not make them less intelligent. In fact one of the wonderful things about writing for children is that they frequently still know things that adults have forgotten.

What type of things are of interest to children or teens, but not to adults?

What type of things do you think children (or teens) know, that adults do not?

Children’s books are every bit as difficult to write as books for adults. In fact the younger the audience, the harder they are to write, which is why we begin this class with young adult and end it with picture books.

These are known as didactic books, and were a staple of children’s literature up until the 1930s. They are now very much out of favor. Today we like to encourage children to think for themselves.

Children are resistant to being told what to think.

Your story can have an underlying moral or lesson, but don’t make the moral or the lesson the whole point of the story.

Take LITTLE RED RIDING HOOD for example. The moral of the story is about

heeding your mother’s warnings, but the story would be nothing without the duel with the wolf.

Do you know any other stories that have hidden morals or lessons?

In some ways this is the opposite problem to the didactic story.

In the didactic book it’s taken for granted that the child is a naughty child.

Don’t write about perfect parents. Real parents are seldom perfect. If you include a perfect mother in your story (for example), you might lead the child reader to become dissatisfied with her own less-than-perfect real mother. 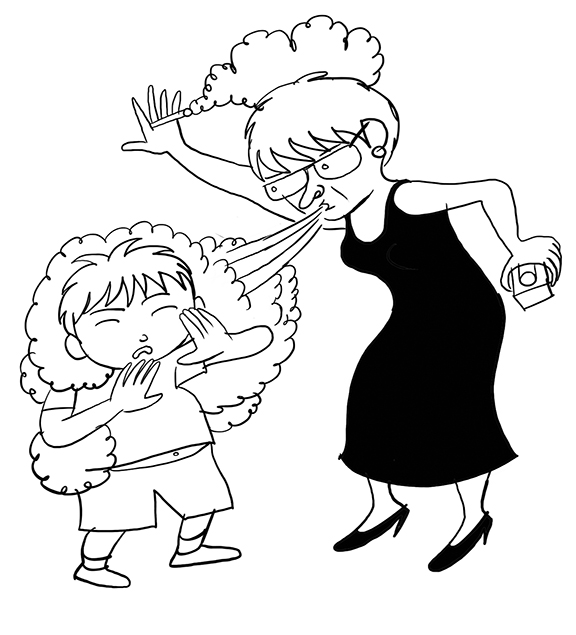 The parents in your story don’t need to be bad (although they can be), they just need to have some humanity.

A modern day example might be THE RAINBOW FISH. In this picture book an old octopus steps in at the end and tells the eponymous character what to do.

The various categories of children’s books are mostly divided up by the age range of the readers.

The formats take into account what is considered appropriate for each age group.

What are the desires and fears of each age group?

What are the interests and fascinations of each age group?

Keep in mind that some books span more than one age group.

Some books are actually intended for more than one age group.

Here is an overview:

These include alphabet books, board books, bath books, concept books.

These usually have 24 or fewer pages.

Books for the youngest children might have as few as 8 pages.

24 pages is a standard length. This is due to printers galleys, and the costs of printing the full color images that are an essential part of picture books. Picture book page lengths normally have to be divisible by 8.

Early childhood books have minimal text. Never more than 200 words, and some of them have no words at all.

Nearly all picture books––aside from the early childhood books––fall into this category.

These books are intended to be read aloud by the parent while the child looks at the pictures (even though some children might be able to read the books for themselves).

The texts are usually no longer than 1000 words, and are often less than 500 words.

The illustrations are an essential component of the narrative, and usually contain important information that is not in the text.

The read-aloud quality means that the texts often have more in common with poetry, than with prose––even though it’s almost impossible to get a picture book published if it’s written in rhyming verse.

They are usually published in 4 or 5 different reading levels depending on the publishing house.

Publishers have word and vocabulary lists for each level.

Conventions, such as contractions using apostrophes, might not be able to be used at level 2, for example. Hence ‘it’s’ must always be rendered as ‘it is.’

The books look superficially like picture books, but there are certain differences.

Key elements of the story are less likely to be in the illustrations.

The books are often longer (up to 96 pages).

The narratives are more prose-based, and less poetic.

Early chapter books are intended for children who are now reading fairly confidently. They look more like the type of books grown-ups read. They’re no longer printed in full color. There are often some illustrations, but now the illustrations served a purely decorative purpose. All the story information the reader needs is now in the text. The size of the font is probably going to be larger than the type of font used in books for older readers, meaning that there will be fewer words per line, and fewer lines per page.

These books are usually 120-150 pages in length––8-12 chapters with about 8-10 pages per chapter. This is similar to Classic Middle Grade, but remember the type is larger, so the books are much shorter.

These really are the classics. Most of the great children’s books from the past are middle grade: CHARLOTTE’S WEB, THE ONCE AND FUTURE KING, THE SECRET GARDEN, THE HOBBIT, ALICE IN WONDERLAND, WIND IN THE WILLOWS, are all middle grade.

These books look essentially no different to the books intended for adults. The font may be slightly larger, but not by much. The books may be shorter, but often can be as long––if not longer––than young adult books.

The stories are complex, with multiple characters and more sophisticated conflicts.

Story problems begin to be sophisticated enough that there are sometimes no easy solutions.

Endings are usually not sad or depressing, but they are often bittersweet.

The books begin to address political and sociological problems, and the notion that those in charge might not have the best intentions. HOLES is a great example of this.YOUNG ADULT (12-18).

This category is one of the most recent int he field.

The first Young Adult novel is considered to be CATCHER IN THE RYE by JD Sallinger, published in 1951, however the designation wasn’t really established until the publication of the OUTSIDERS by SE Hinton in 1967.

The books often feature conflicted teen protagonists struggling against overwhelming forces. Often against societal norms, and even against society itself. The young adult protagonist can often be seen as a romantic rebel whose roots can be traced back to the ‘Angry Young Man’ of kitchen-sink dramas, and as far back as Perseus in Greek mythology.

Issues such as drug addiction, alcoholism, eating disorders, violence, crime, abuse, poverty (or even wealth), and sexuality, can all be found within this genre.

But be wary, if you intend to write for this audience. Teens can smell fakeness and insincerity a mile off. Know your subject, and know your audience. Don’t write about drug abuse if your only knowledge of the subject comes from Fox News or Facebook.

We’ve already worked on young adult memory, so pick memories from before the age of 12, and try to go back as far as you can.

Each memory fragment can be no more than a sentence or two.

Write about family, relatives, friends, food, drinks, candy, your home, your room, vacations, even dreams you remember, perhaps even ghosts you’ve seen (or believe you’ve seen), anything that comes to mind.

My father was anxious man, in spite of being a tank commander in the war. Even on the most tranquil days any bush might conceal a squad of enemy commandos with a cannon.

My younger brother had a famously abusive teacher. This left him with a distrust of teachers, so when we learned to swim, instead of taking the classes, he just climbed to the top of the highest diving tower, and hurled himself in. Somehow he managed to swim to the side, then he clambered out, and immediately ascended the tower for another go.

This is how he became famous at the age of seven. It was a kind of sad pinnacle of achievement that he never quite reached again.

I shared a room with my older brother. Each night at bedtime he would blow his nose on his underpants before throwing them in the laundry bin. I didn’t think this was normal.

My favorite candy bars were Mars bars. I would eat them by first nibbling away the chocolate coating, then I would strip the caramel layer off the top, and finally I would eat the nougat.

I often spent summers with my cousin who was my own age. Every day my aunt would drive both of us to the nearest pub. She would leave us in the car parked out on the street, while she went in. Every so often she would bring us out bottles of coke and bags of crisps.

This continued until I figured out I could make the car move by releasing the hand-brake (it was a stick-shift). For some reason I thought my aunt would find it funny if she came out of the pub and found the car fifty yards down the street from where she’d left it.

When I was a kid in England my favorite TV entertainer was an Australian named Rolf Harris.

He wore a hipster beard and glasses, and was multi-talented.

He could sing, tell jokes, and play a wide variety of musical instruments, such as the thunder board and the didgeridoo, but he could also paint.

He used to hang a large sheet of paper at the back of the stage and paint landscapes with a house-painter’s brush, while he sang songs and told jokes.

He had a string of top ten hits, the most successful was: ‘Two Little Boys had Two Little Toys.’

Later on he had a cartoon show, where he’d show cartoons, and then show us how to draw the characters.

In the early 2000s he was caught in a pedophilia sting. He’d been sleeping with little girls from his audiences right through the 1970s, 80s, and 90s.

How the mighty are fallen!