There once was a time when the word was ‘Hello,’
Our arms were wide open and in came a flow,

No strangers so strange that we couldn’t find spaces,
Or friends so familiar we tired of their faces.

But the world paused in turning, then heaved a long sigh,
And without any warning the word was ‘Goodbye.’

“Goodbye,” said the first, “There are lands far away.
I’m longing to see them. I really can’t stay.” 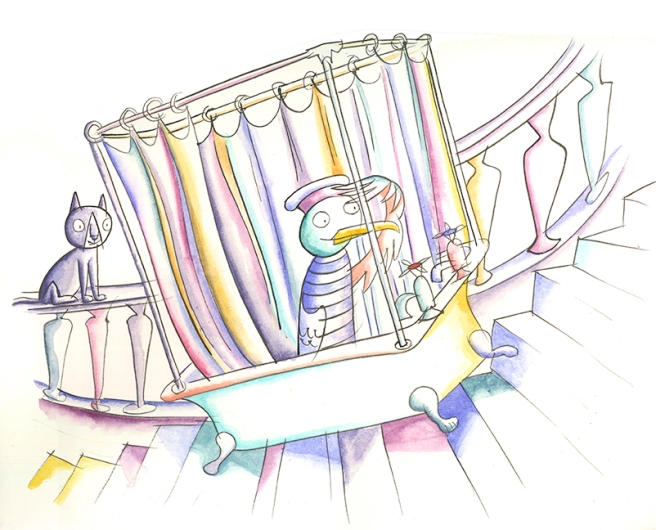 “The ocean still beckons,” said one with a laugh,
Saluted then sailed down the stairs in the bath.

(A second one drifted downstream in a boat
Of such shape we were shocked the contraption could float).

So attached to his chair was one special guest,
That he carried it with him en route to the West. 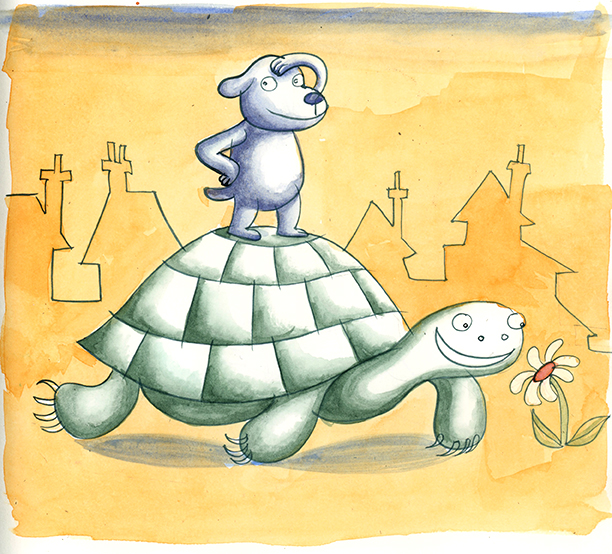 One left for the mountains, but took until dawn
To climb down the stairs and across the front lawn.

Then there were three who sang songs from the dock,
To a fourth who rowed out to a shadowy rock. 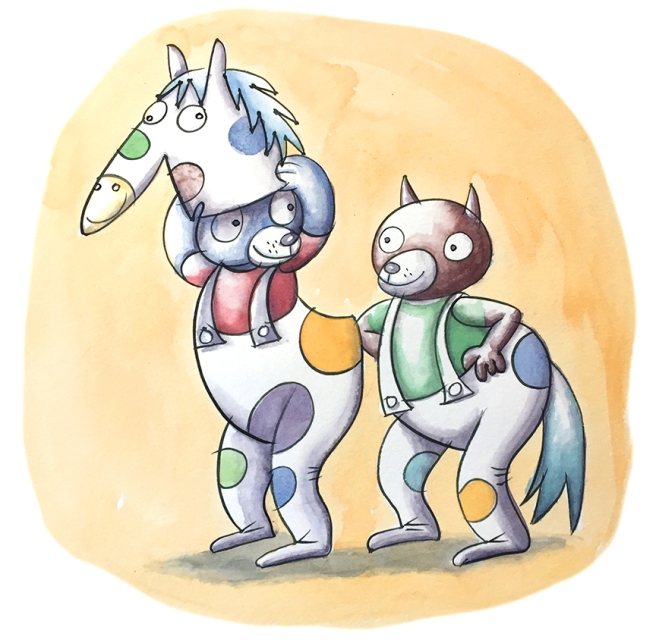 Another two seemed to have need of great speed,

And cantered away on a pantomime steed.

There was one who zoomed off with his foot to the floor,

And fled down the drive with a deafening roar.

There was one who felt sad when the time came to go.

Kept a stiff upper lip and would not let it show,

He gave us a bow

with an elegant air.

Then bowed even lower and ruffled our hair,

Another left promptly, and never looked back,

One slipped through a window left open a crack,

Another strummed tunes on a tiny guitar,

Navigating his steps by a flickering star.

There was one who was helpless to hold back

Of bidding farewell with a contrabass dirge.

Then one went to sea on the turn of the tide,

Two tangoed away with the moon on the rise,

And two made a trip to the world’s other side,

And danced to strange  lights under antarctic skies.

Then trundled away and said see you next year.

And then there was one guest who couldn’t decide,

He left, turned about, and came right

And then there was one who made leaving a joke,

And bustled away in a

Two hugged in the shade for a very long while.

Then took to the trees in a chimpanzee style.

One shinned down the drainpipe, one baked us a pie,

One leapt from the roof and attempted to fly.

One cartwheeled, one tiptoed,

One gave us a lute laid in mother of pearl.

One bid us auf wiedersen,

One crooned adios with a

One danced a mazurka, then took a short pause,

And gave us a card signed most faithfully yours.

And then came that moment our household was bare.

We collapsed in a heap and breathed in the cool air.

It finally hit us, we were quite alone.

Our homestead once full was now barren as bone.

And stillness, once wonderful started to creep

We thought of our friends in their far-away places.

And wondered if they ever missed our old faces.

Then early one morning right out of the blue,

Came dozens of postcards, all signed we miss you.

We hung one or two up in every room,

More cards then arrived on the following day,

We pinned those up too in the very same way.

And after a week we’d filled up every wall,

With postcards from Cork to the Bay of Bengal.

Now we could sit and enjoy every scene

Of the regions our much-missed companions had been.

Yet still there was something not fully complete,

When footfalls resounded from out in the street.

And then came the laughter from out on the stoop,

And into the hall flowed our much-beloved group.

With singing and dancing they filled every room,

And banished forever the sadness and gloom.

And kissed all of us like they’d been gone for years.

They said we went North and South, East and then West

And now we are certain that this home is best.

And that really is all there is left to tell