Duende (“having duende”) loosely means having soul, a heightened state of emotion, expression and authenticity that originates in the Southern Spanish folk-music and dance of flamenco. The artistic and especially musical term was derived from the duende, an elf or goblin-like magic creature in Spanish mythology.
El duende is the spirit of evocation. It comes from inside as a physical and emotional response to art. It is what gives you chills, makes you smile or cry as a bodily reaction to an artistic performance that is particularly expressive. Folk music in general, especially flamenco, tends to embody an authenticity that comes from a people whose culture is enriched by diaspora and hardship: vox populi, the human condition of joys and sorrows. Drawing on popular usage and Spanish folklore, Federico García Lorca first developed the aesthetics of Duende in a lecture he gave in Buenos Aires in 1933, “Juego y teoria del duende” (“Play and Theory of the Duende”).

So, why do I like the idea of duende?

For me it’s a little neutral in terms of belief. As a group we have a variety of belief systems that range from the deeply religious (and across a variety of religions and philosophies) to atheism, and duende hopefully shouldn’t interfere with any of those systems of belief.

Are there really elves? Or are they merely something psychological? Even neurological?

Whatever you believe about the universe, embrace this moment of the blank page. 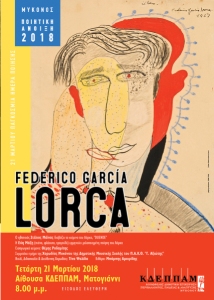 Wait a minute before you pick up your pen––or scissors––or glue stick.

There might be a billion civilizations in our galaxy alone. In terms of science and technology every single one of those worlds might be progressing along similar paths to our own, but no being in any of of those worlds will ever create what you are are about to create.

You are about to add something to the history of the universe that would never exist from the beginning to the end of time if you were not about to put it there––and that is true regardless of your beliefs.

According to Christopher Maurer, editor of “In Search of Duende”, at least four elements can be isolated in Lorca’s vision of duende: irrationality, earthiness, a heightened awareness of death, and a dash of the diabolical.
The duende is an earth spirit who helps the artist see the limitations of intelligence, reminding them that “ants could eat him or that a great arsenic lobster could fall suddenly on his head.”

“The duende is a force, not a labour, a struggle, not a thought,” said Lorca. “I heard an old maestro of the guitar say: ‘The duende is not in the throat: the duende surges up, inside, from the soles of the feet.’ Meaning, it’s not a question of skill, but of a style that’s truly alive: meaning, it’s in the veins.” Lorca identified its presence, particularly, in cante jondo, a kind of Andalusian folk music. “Behind these poems,” he wrote, “lurks a terrible question that has no answer.”

The lobster who brings the artist face-to-face with death, and who helps them create and communicate memorable, spine-chilling art.

Nick Cave has described duende as “the eerie and inexplicable sadness that lives at the heart of certain works of art. It was nice, I felt, to put a name to a face.”
Many other songwriters, who are poets at heart, also elicit duende. They include Bob Dylan, Tom Waits, and Leonard Cohen.

View all posts by asherbriant